Rodeo of the early California ranchos gradually developed into the western rodeo entertainment of today. In Livermore rodeo became a decades-long tradition that the city has celebrated annually since 1918. Not many communities can boast of a celebration that has remained popular for 100 years.

It is known as the “World’s Fastest Rodeo”, the slogan which has been used since 1935, because speed had always been an important factor at this event, when they open each chute as fast as possible, one after another, creating more action in the arena than at any other rodeo.

There were Roman races, when one rider stood astride two horses with one foot on each horse. In addition to the races, there was trick riding, trick and fancy roping, steer decorating, stockhorse contests, hackamore class, silver mounted competition, competition for best horse and working outfit. Simultaneously, inside the arena there was saddle bronc riding, bull riding, "double roping," "single roping," steer wrestling, amateur team roping, steer decorating and wild cow milking.

The cowboys and cowgirls are as much athletes as any football or baseball player you see in the big leagues today. In fact they risk more injuries than other professional sports because they are dealing with the unknown behavior of bulls and broncs that can turn out of control and outweigh the rider by several hundred pounds.

Livermore sponsored its first official city rodeo in 1918, to meet its World War I assessment of $1,200 for the Red Cross. This first decades-long tradition was held on James Anderson’s ranch, near what is now the Portola Avenue on-ramp to I-580, because there was a natural basin for holding stock and a rim that served as elevated seating for the spectators.

P.S: The Anderson ranch house had originally been the home of Robert Livermore on his Rancho Las Positas. A part of this ranch was sold in 1931 by James and Amelia Anderson to the United States Government and later became an airport at Livermore. Thought to be a conservative price, it was sold for $200 an acre, nearly 200 times as much as when Andersons bought it from Robert Livermore.

One of the attractions at the first Livermore Rodeo in 1918 during rodeo parade was this bunting-decked horseless carriage, with the city's old cannon mounted on the back. Pictured here are Bill Henry and Margaret Clarke, daughter of Mr. and Mrs. Carl Clarke

John McGlinchey was a Livermore Valley pioneer and considered to be a “Father” of Livermore Rodeo. He was president of the Livermore Stockman’s Protective Association, a position which he held for 44 years. He appointed a committee, consisting of Joseph Concannon, Chairman, and James Gallagher, John Flynn, A. W. Ebright and Charles Graham to help with planning the event.

They constructed a fence around the basin on James Anderson’s ranch to form the arena. Circus seats were leased. Cars were allowed to park in the back of these seats and many people watched the rodeo from their cars. From eye witness accounts, the Grand Entry was a most thrilling event.

Two horses posed at the top of the hill east of the arena. Christine Thiel was on a white horse and carrying the American flag. James McGlinchey, on a bay horse was carrying another flag. At a given signal, the horses raced down the hill - the white horse in the lead. At the foot of the hill, many other horses followed the first two into the arena forming a colorful grand entry.

Much of the stock came from local ranches, but some was brought in from other areas. Due to the efforts of the Livermore G. F. Madsen, proprietor of the Bell Theater, Universal Studios filmed the event. The newsreel was shown throughout the country - Livermore was on the map!

The first rodeo was so successful that local enthusiasts formed the Livermore Stockman’s Rodeo Association, in April 1919. The founders sold shares at $25 each and purchased 15 acres of the Callaghan vineyard on Lizzie Street (now Livermore Avenue), where they built a grandstand and bleachers. Many local people, including ranchers and business, bought shares; some redeemed later but many have kept them to this day.

By 3 July 1919, 2,400 seats were ready and the second rodeo took place on the site on what is now the Livermore City Hall and Police Station. Held on July 3rd, 4th and 5th, 1919, the second Livermore rodeo was described by the Livermore Herald as "the most successful rodeo ever held in the west."

Early rodeos in Livermore were celebrated near the 4th of July holiday plus the weekend immediately following or preceding the 4th - hence the show ran from two to five days. Later, because of the midsummer heat, sponsors changed the date to the second weekend in June.

Rodeo time was always "big time" in Livermore; everyone was getting involved in some way. Weeks earlier, the men in town started growing beards for the "Whiskerino Contest." High school students were an important part of advertising. Photographers from the Oakland Tribune, San Francisco Chronicle and San Francisco Examiner would take pictures of the girls in western or Spanish garb. These pictures were used for publicity purposes. Later the girls were ushers at the show. Their "pay" was free admission. High school boys placed advertising posters along the highways from Livermore to Stockton and to San Francisco, and on the Dunbarton and Antioch bridges.

Rodeo Week was a "Carnival Time" in Livermore. People dressed in either Spanish or western attire. Everybody was a part of the rodeo crowd wearing a western hat or cowboy shirt. The "Hoosegow" (American slang for the Spanish word for Jail) on wheels would travel First Street. Used during the Rodeo celebrations in the 1950's, 60's and 70's, this portable jail was used to patrol the city and anyone found not wearing western or spanish attire, if caught, was "locked up" for his "crime" by traveling Main Street in the "Hoosegow."

Every year rodeo starts with a morning parade when many floats, marching units, bands, decorated automobiles and other motorized or horse drawn attractions, and of course, riders on horseback march across First and Second Streets, and on Lizzie Street which name was changed to South Livermore Avenue in 1927, to the rodeo grounds. All of the participants of a horse parade received free admission to the show.

Livermore is the home of the very first World Champion Bull Rider, Johnie Schneider, who attained this crown in 1929, then in 1931 and in 1932. He also happened to become the World Champion All-Around Cowboy in 1931, as well as established a reputation as one of the most amazing, versatile performers in rodeo history abroad. He became Best All Around Champion in Australia in 1935 and was named an “Honorary Australian.” He competed there three times, and returned in later years just to visit. Johnie was also crowned the Top Cowboy and All Around Champion of the Hawaiian Islands in 1939. Johnie Schneider also claimed the Steer Decorating World’s Championship for the years 1931, 1932 and 1936. He may have also become the first rodeo cowboy with a fan club when the “Johnie Schneider Fan Club” was organized at Livermore. Read more about Johnie Schneider...

WRANGLE UP YOUR RODEO FASHION! 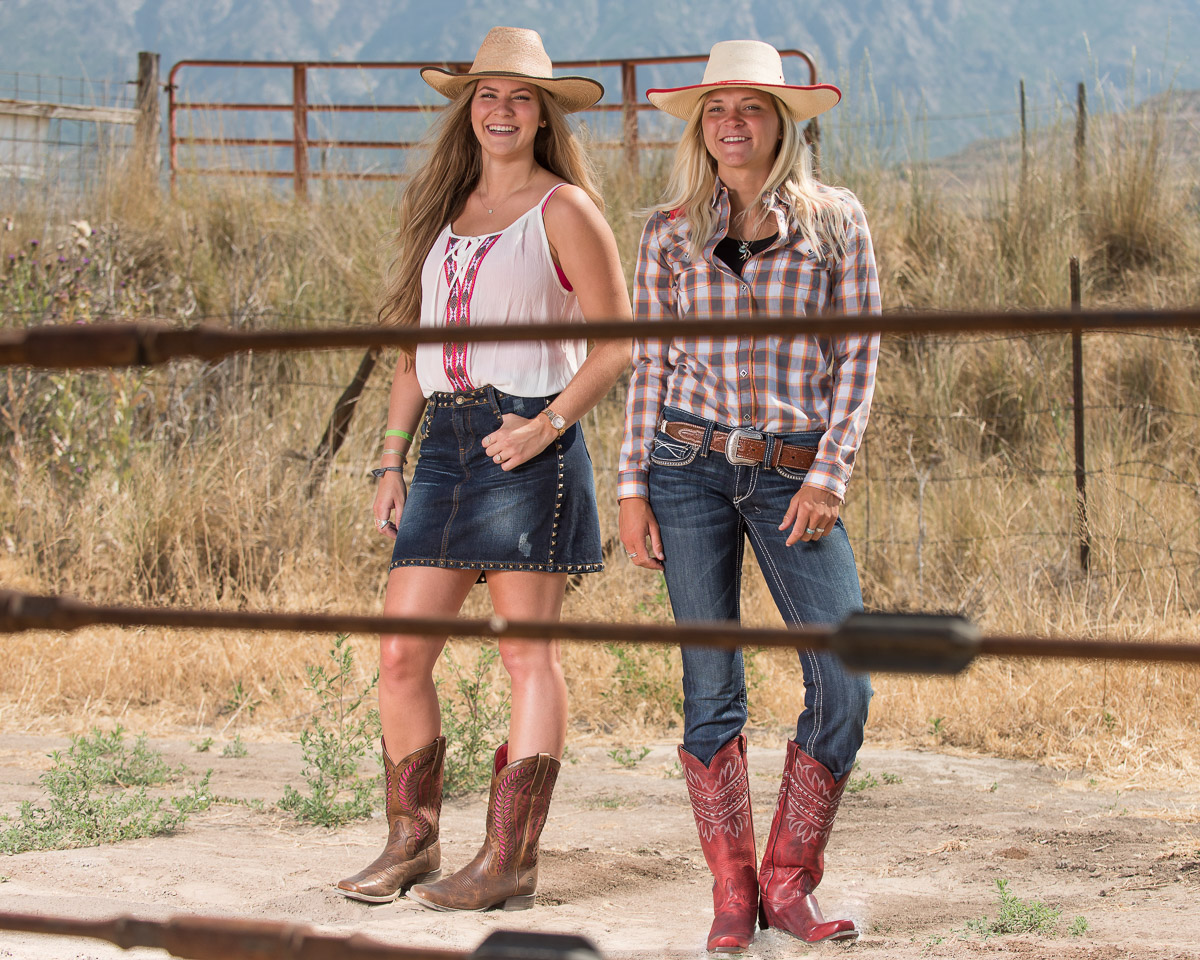